Code of Conduct survey results are in!

We want ARDC—and amateur radio—to be a harassment-free zone that is inviting to everyone, so having a code of conduct is important to us. And, since we want it to reflect the values of the ARDC community, we conducted a survey and asked for your input. Thanks to all of you who shared your thoughts.

Overall, 56 of you responded to the survey, which ended April 30, 2022. When asked how you were affiliated with ARDC, 45 (80.4%) said that they were 44Net users or mailing list subscribers and 10 (17.9%) said that they were ARDC volunteers. Other participants included members of ARDC staff as well as a few  grant recipients and one grant applicant. Five clicked the “other” box, with one of them identifying themself as an “innocent bystander.” 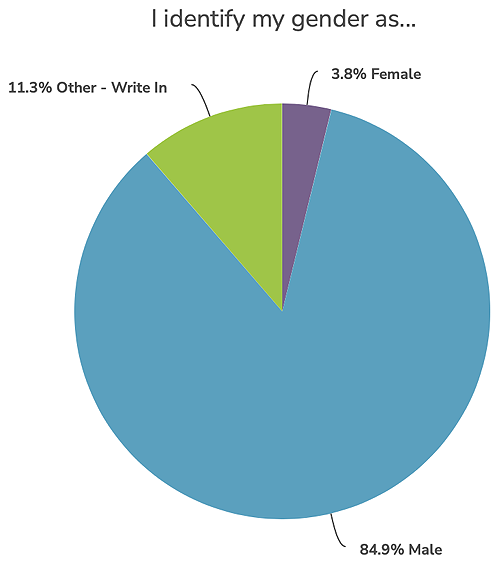 A few of you had concerns about these questions. One asked, “Why does this matter?” Several replied, “Not relevant.” While we understand where you’re coming from, we asked for this information to help us better understand our community.

It was heartening to us that the majority of respondents think that having a Code of Conduct is a good idea. When asked if they agree with the statement, “I think ARDC should have a Code of Conduct,” 41.1% strongly agreed, 30.4% agreed, and 7.1% agreed somewhat. Only 12.5% disagreed. 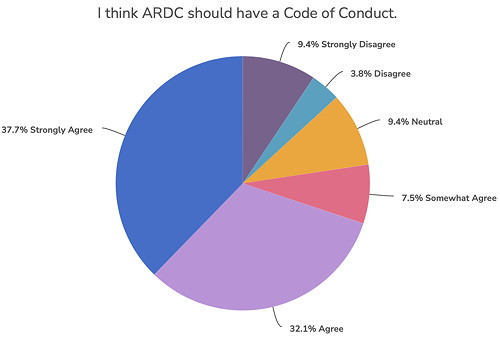 In addition, nearly 80% thought that codes of conduct are an effective way to prevent misconduct and harassment: 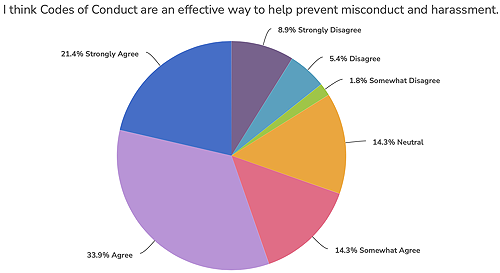 Here is what you said about why it’s a good idea:

Of course, there were some negative comments as well:

Drafting our code of conduct

To help guide us in drafting our code of conduct, we asked what you think should be included in the code of conduct and for examples that you like and think are effective. We received many good suggestions, including:

You also gave us some advice on how to write the code of conduct. For example, several mentioned that it should be “short and sweet.” One respondent noted, “I suggest you err on the side of simple and easy to understand, not long and verbose.”

There were some concerns, though, and we will certainly take these into account as we draft our code of conduct. These concerns include:

On all counts, we hear you. We aim as always to be as fair and inclusive as possible.

We are currently working on the code of conduct internally, and will likely have our first draft available in the next couple of months. When it is available, we will publish it and ask for comments, as was requested in the survey. Once we review those comments, we’ll finalize the document and make it live!

Thanks again for participating in this process. With your input, we feel that the ARDC Code of Conduct will be the best that it can be and serve us well.

This entry was posted in ARDC News and tagged Code of Conduct, survey. Bookmark the permalink.