Because clubs are so important, ARDC has made many grants to clubs to further their missions, in addition to supporting the ARRL Club Grant Program. Here are two examples: the HacDC Amateur Radio Club in Washington, D.C. and the Valley Radio Club in Eugene, Oregon.

Building a ham community in D.C.

Washington, D.C. doesn’t normally come to mind when you think about amateur radio. Space for antennas is limited, and noise levels can be overwhelming. Despite these obstacles, the HacDC Amateur Radio Club (HARC) – part of the HacDC makerspace – is committed to building the amateur radio community in D.C.. They are doing this by: 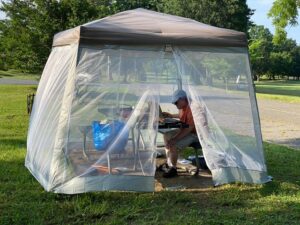 In addition to making these purchases, they have started a number of activities designed to help them meet their goals. For example, they now hold a weekly VHF net that not only gets Technician Class licensees on the air, but also teaches them the basics of net operation. The club has also begun participating in Field Day again, and they have joined with other clubs in the area to provide communications for two charity bike rides and the Marine Corps Marathon.

Improvements to the club’s HF station have gone a long way towards making amateur radio more accessible to General Class and Extra Class licensees. Before receiving the grant, HacDC club members had to travel to the club station to operate it. Now, the station is remotely controllable. Using RemoteHams software that runs on an Android phone or personal computer, members can operate from just about anywhere. Once the amplifier and new antenna system are installed,  the station will be even more capable.

The new club activities and station improvements seem to be working. According to John Pancoast, K2WT, HacDC ARC vice president, they have attracted 36 new members in 2022 so far. “None of this would have happened without the ARDC grant,” he said.

Club station educates the community in Eugene, OR

The Valley Radio Club of Oregon (VRC), located in Eugene, Oregon, was chartered in 1929, and is one of the oldest, continuously operated clubs in the United States. In June 2014, VRC volunteers set up amateur radio station W7PXL at the Eugene Science Center  and operated it every Saturday until the Covid pandemic forced the museum to close. The station has educated thousands of visitors (many of them children) about amateur radio, and has provided the first hands-on experience with two-way radio for many visitors.

According to Scott Rosenfeld, N7JI, one of the station managers, the station was largely assembled from equipment that was begged, borrowed, and donated (not stolen) from club members. Since much of it is now 20-30 years old, they were starting to see equipment failures. In October 2021, ARDC awarded VRC a $16,525 ARDC grant to upgrade the equipment and to keep the station operating. The grant allowed them to build a modern station to provide a better, more reliable, more effective hands-on teaching experience at the museum.

Equipment they purchased with the grant included:

Rosenfeld also noted that the grant allowed them to purchase a custom-built, lockable enclosure with windows. The enclosure matches the room’s color scheme, prevents access to the station equipment when not in use, and permits visitors to see the equipment when no operator is present. The cabinet can also allow museum personnel to move the equipment should they need the space for another purpose. 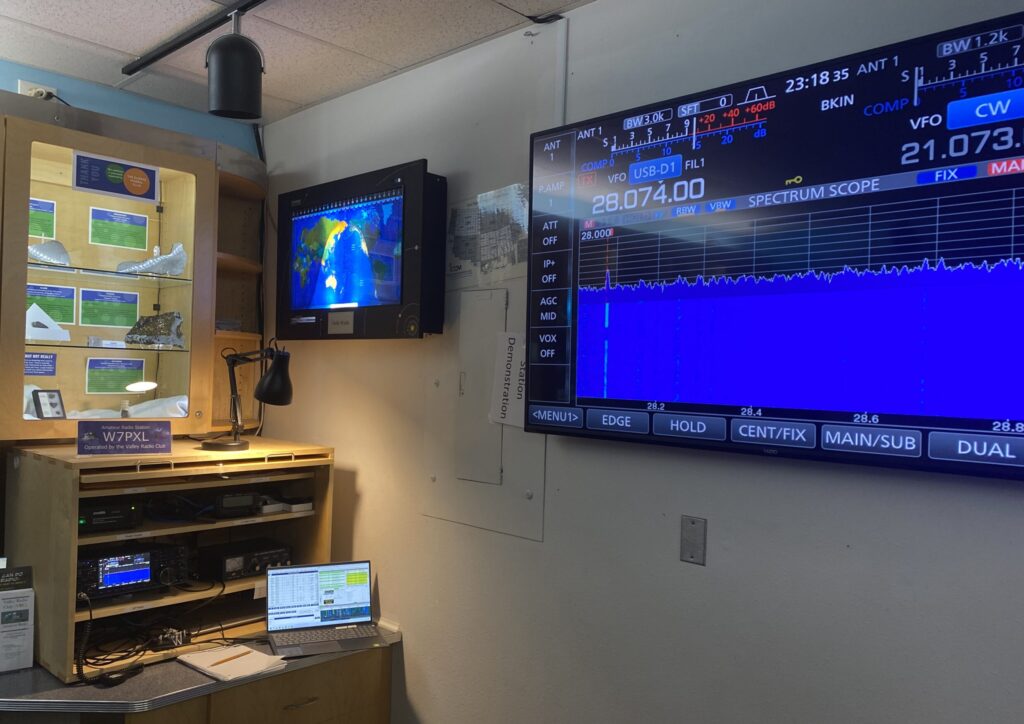 The Valley Radio Club’s station at the Eugene Science Center features a 65-inch monitor that attracts visitors to the station and helps them observe station operation.

The real star of the show, though, is the station’s 65-in. monitor (shown above). According to Nelson Farrier, NF7Z, one of W7PXL’s station managers, the monitor attracts visitors, and once they wander over, station operators can tell them about amateur radio. When there are no operators at the station, a video is shown that educates visitors about ham radio.

Farrier says that the ARDC grant has re-energized the station. The new equipment is much nicer to use and provides a better experience for both volunteers and visitors.

These two clubs are good examples of why supporting clubs is so important:  they are providing a real public service, and that’s why we’re happy to help them.

To apply for an ARDC grant, go to https://www.ardc.net/apply/.

To apply for an ARRL club grant, go to http://arrl.org/club-grant-program.

This entry was posted in Grantees and tagged Eugene OR, HacDC, Valley Radio Club, Washington DC. Bookmark the permalink.